About Square One Pub

Dean Evangelou, owner of Square One Pub since 2017, wants you to know that Square One is a pub, but it’s also much more. “We have fish and chips, buffalo wings, chicken tenders, and a pub- grilled cheese with raisin bread, but we also have much more than that,” he explained. “People look at the name and see ‘pub,’ but the menu is all over the place. We have people coming in here five, six times a week, so you really have to keep it going.” 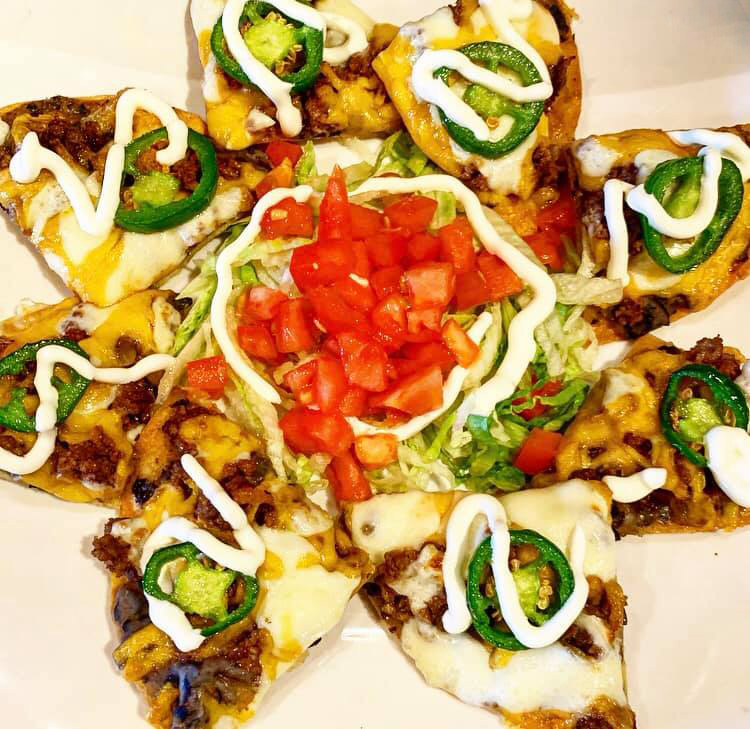 Evangelou, who owned the Saloon in Newtown, Pa., for 10 years, has taken the best of what that menu offered and combined it with the best of what Square One already offered. Though he saw some things that could be improved when he took over, he also believed in what was already being done.“I knew the quality of the food was good,” Evangelou said. “I didn’t change everything—I didn’t feel I needed to.” The Saloon was an Italian Steakhouse, so he brought over a lot of recipes— largely pasta dishes and the marinara sauce—that Evangelou says customers rave about. “We also did a lot of seafood dishes there, so we have a lot of fresh fish coming in here throughout the week,” he said. Many of the weekly specials are based on those deliveries. 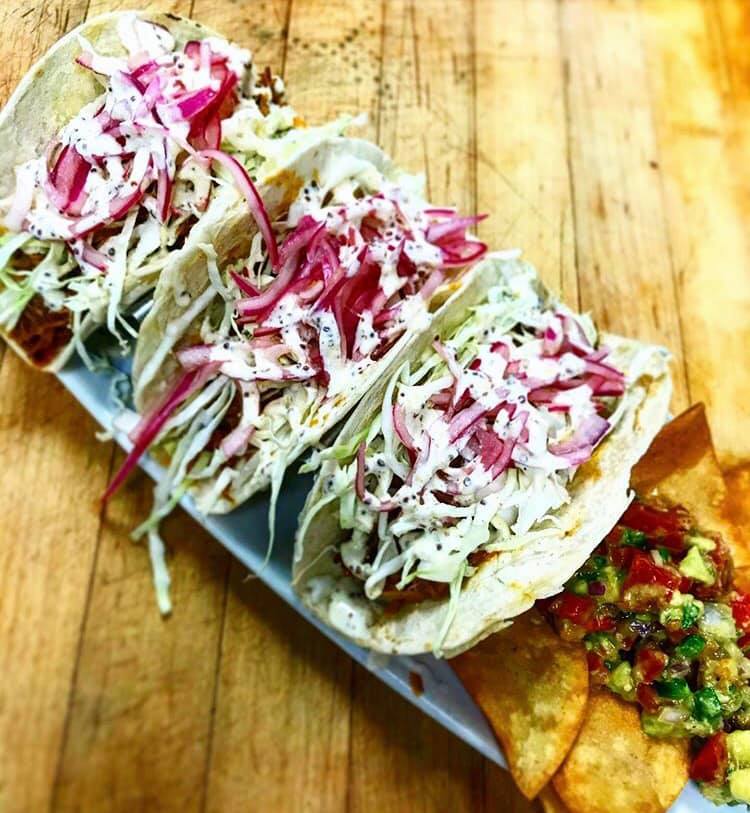 Evangelou takes pride in the fact that a lot of his customers from the now-shuttered Saloon now dine at Square One, especially since the closing of that restaurant was very difficult for him, his staff, and his family. Evangelou describes Square One as more of a “pub/restaurant.” With a 24-seat bar and dining room, it has something to offer everyone. “The happy hour is bustling,” Evangelou said. It runs Monday through Friday from 4 to 6 p.m., with six taps and seasonal drinks. Trending now: The Strawberry Vomo, a cocktail made with muddled fresh strawberries and mint, vanilla vodka, sour mix, and topped with Sprite. “It’s very refreshing,” said Evangelou. 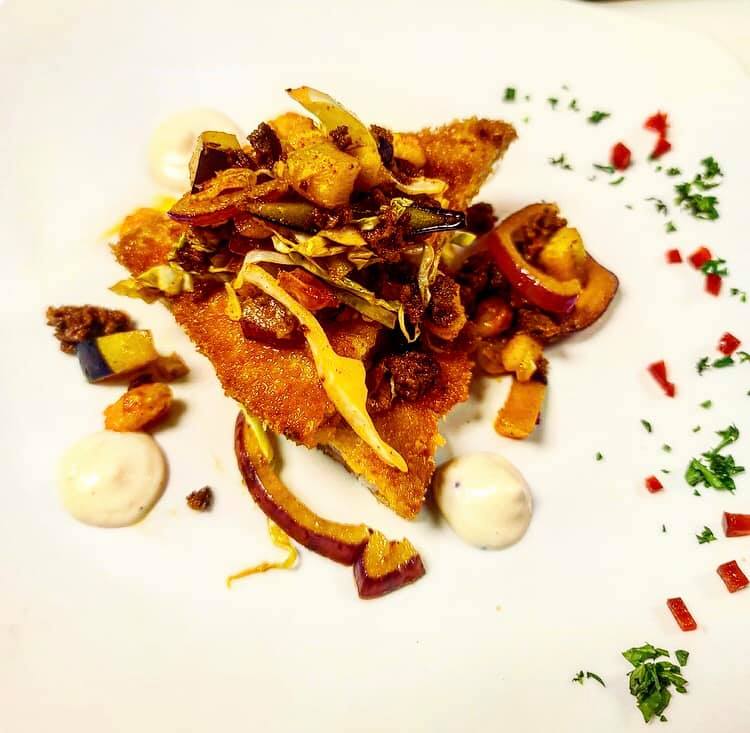 There’s also an early supper menu from Sunday through Thursday, also from 4 to 6 p.m., with three price options, all of which include an appetizer, entree, and dessert. In addition, Square One Pub offers specials several times per week. “I have taco night on Tuesdays, which is various tacos of seafood, steak or chicken,” said Evangelou. Recent customer favorites have included a Red Grouper Taco and the Crispy Chicken Wonton Taco. The current Wednesday night special is Baby Back Ribs, and a 14-ounce Prime Rib on Thursdays. And Evangelou has been doing some ahi tuna dishes, a Mango Tuna Tartare that’s a hit, and a Blackened Ahi Tuna over Parmesan Risotto. 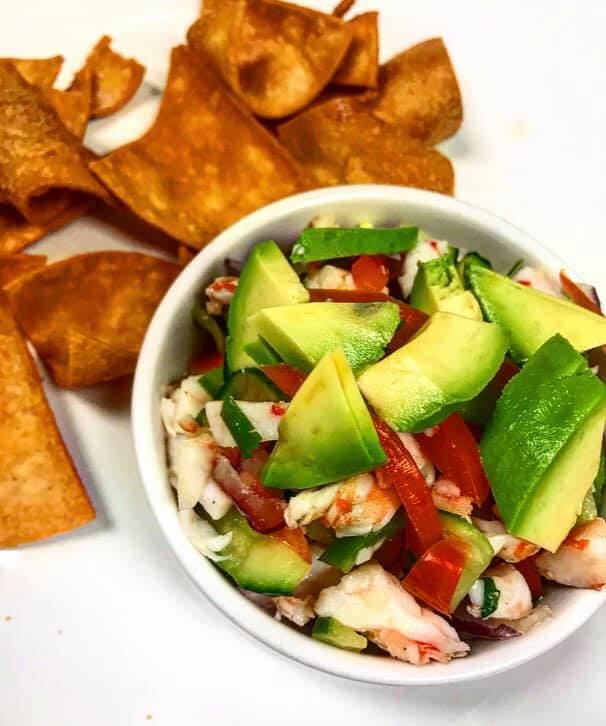 The specials menu changes with the seasons, he noted. “It’s a process, it’s constantly changing, it’s a dynamic thing, and I think that’s important,” Evangelou said. And let’s not forget about dessert. Not only are there items like homemade bread pudding and tiramisu, but also “cheesecake that will knock your socks off!” according to Evangelou. Much of the of produce and dairy products are sourced from Tanner’s in Richboro, including the iconic ice cream, which is served on its own or as a side with other desserts like apple crisp. 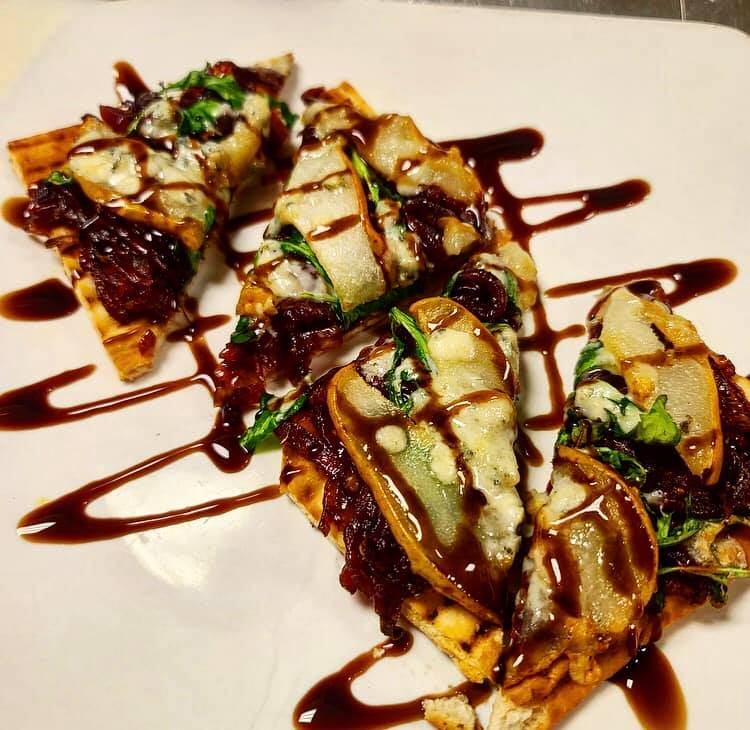 The restaurant business is in Evangelou’s blood. “I grew up in it,” he said. His family owned a Greek nightclub, Dionysis, complete with belly dancers and live entertainment, and once owned the South Street Diner. With over 40 years in the restaurant business, Evangelou prides himself on operating an establishment that is inclusive and diverse. 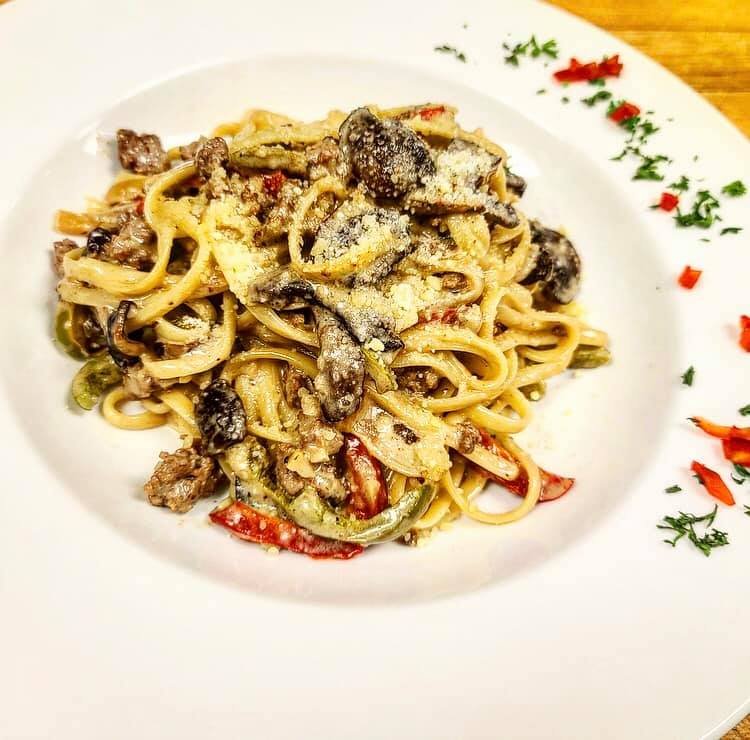 With over “Square One is a place where people are having fun,” he said. “It’s a very friendly bar, where people know and see each other all the time. It’s a happy and comfortable place, with a good vibe.” Evangelou understands and shares his customer’s passion for food, and adds popular specials to the permanent menu, like the Tempura Batter Chicken Breast with Sweet Chili Sauce. Best of all, everything on the menu is available for take-out. 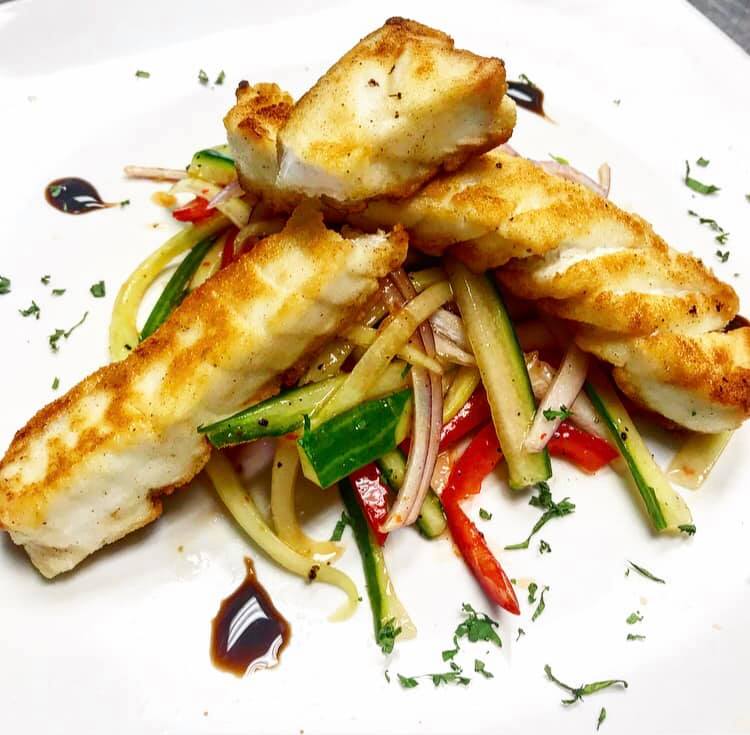